The world's most powerful LIVE platform

Smartphones (connected phones with cameras) have triggered a dramatic change in the way how news is reported. Mobile videos from people on the scene have provided some of the biggest stories of the past months.

However, the market does not have trusted providers for these critical moments when it comes to live video.

LiveTube is the world’s first app connecting 3.5 billion smartphone users with a newsroom for their live videos. Over 1000 professional journalists choose your live video, monitor, and distribute the content in real-time. And of course, everyone gets paid for their stories!

UNEDITED as it unfolds

and when it is selected for broadcast based on CLEAR RULES

With almost 4 billion smartphone users,
smart technology and a team of professional journalists this is possible” 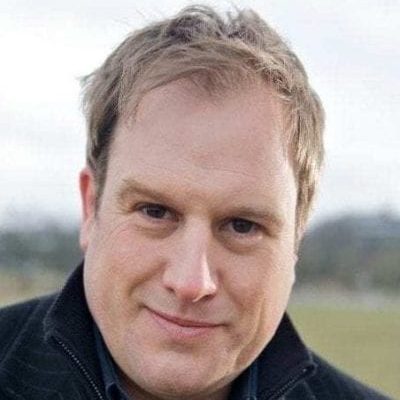 Creative Entrepreneur, Media Executive, and Award Winning Broadcast Journalist. Former Global VP Content and a member of the Communication & Marketing leadership team at Shell and Global Head of TV at SAP.  Senior Correspondent, Investigative Journalist, and Managing Editor in the US and Europe at ARD/ ZDF/P7Sat1 and entertainment network RTL Group. 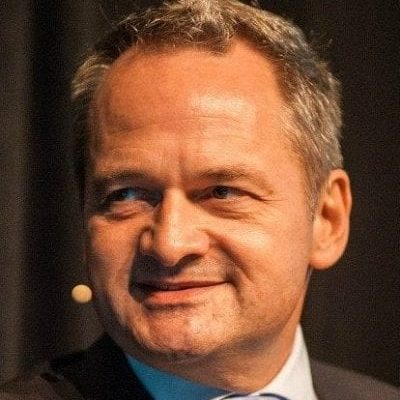 Communications executive, investor, and advisor with nearly 25 years of experience across industries, with a comprehensive set of stakeholders for globally leading brands and outstanding leaders. An initial career as an engineer and scientist made me realize the importance of closing the gap between perception and reality. This became the driving force for my professional development – from science to government to innovation-driven industries. Pairing business strategy with stakeholders’ expectations is the basis for my success. My passion is to professionalize the communications functions that I lead towards delivering predictable, tangible outcomes. This is also the driving force behind the creation of the EACD and the invention of its major events, the European Communications Summit and “The Circle” of the most senior European communicators. 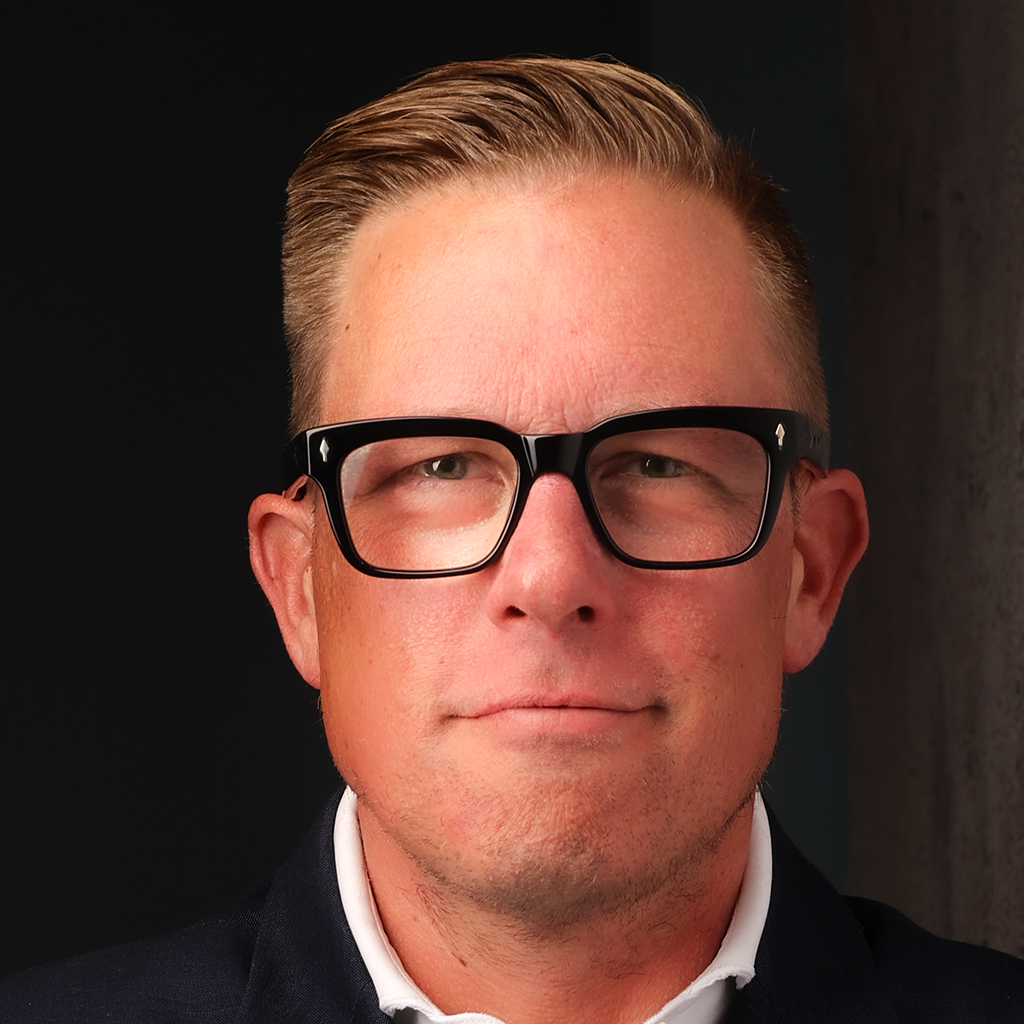 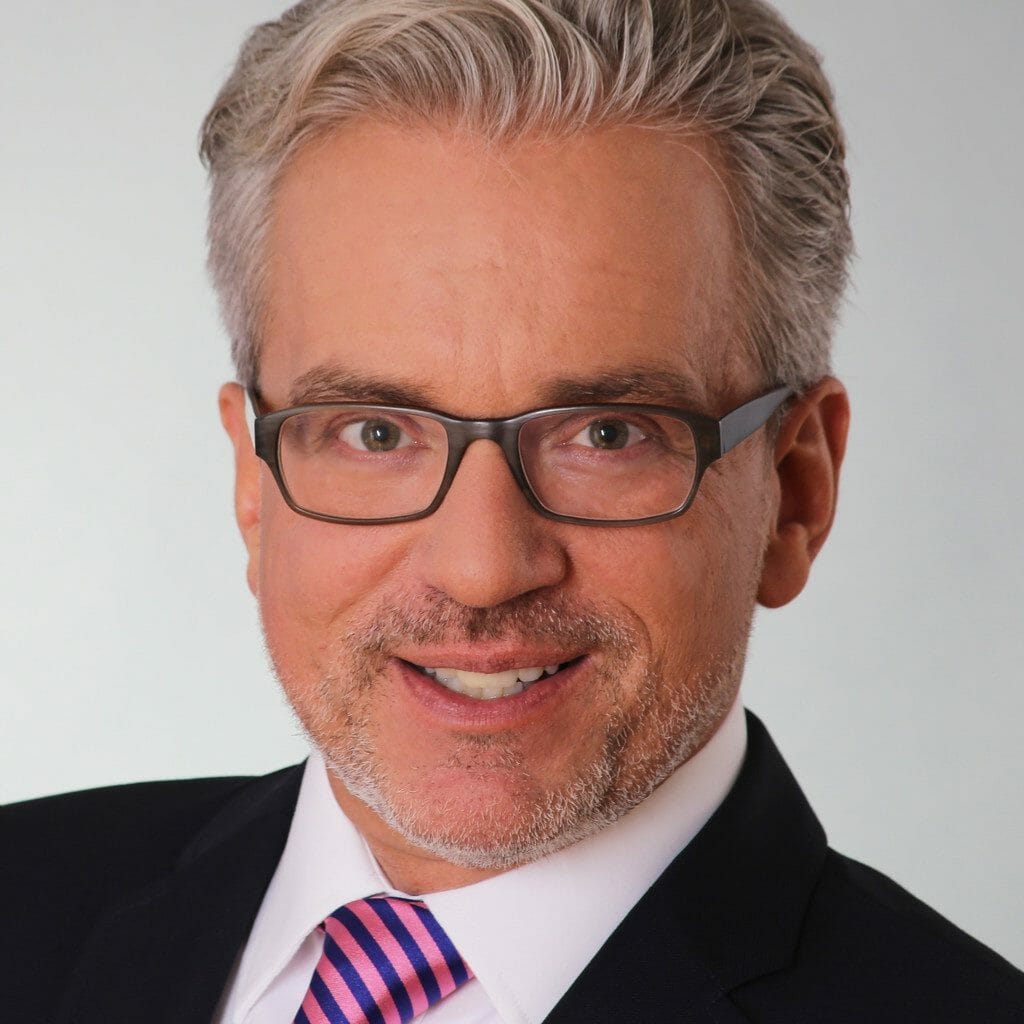 Passionate communications executive and advisor. A former journalist at leading German newspaper Frankfurter Allgemeine Zeitung, then global head of executive communications at various technology-driven companies including SAP and Merck. “I believe in good journalism as a cornerstone of democracy, and in the power of technology to make communications and media more effective.“ 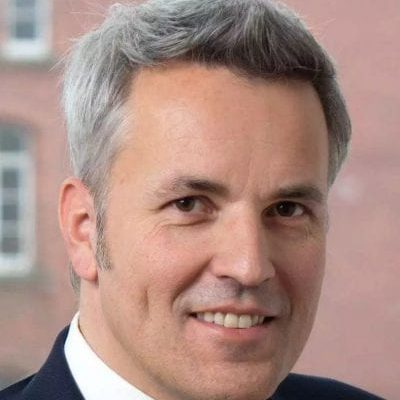 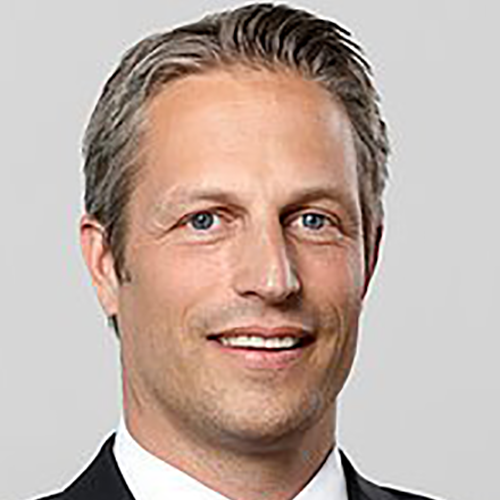 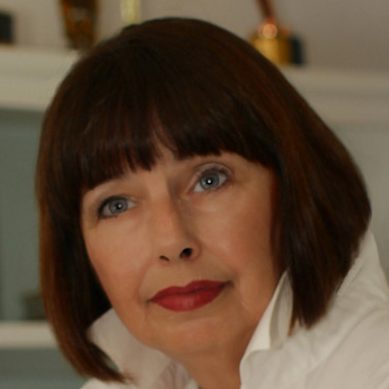 Donna has an extensive background in News at both the National and Local levels. She has worked as a Producer and Editor at ABC News, NBC News and as Producer and Manager at major U.S. Local TV markets and PBS stations. Donna played a leading role in guiding major newspapers and websites in transitioning to TV, radio, and digital video. She also planned, coordinated, and produced coverage of the 2012 GOP Convention in Tampa, Florida, for a national political website. Her peers have recognized Donna with several awards, including a National EMMY, Tellys, and regional Journalism awards. 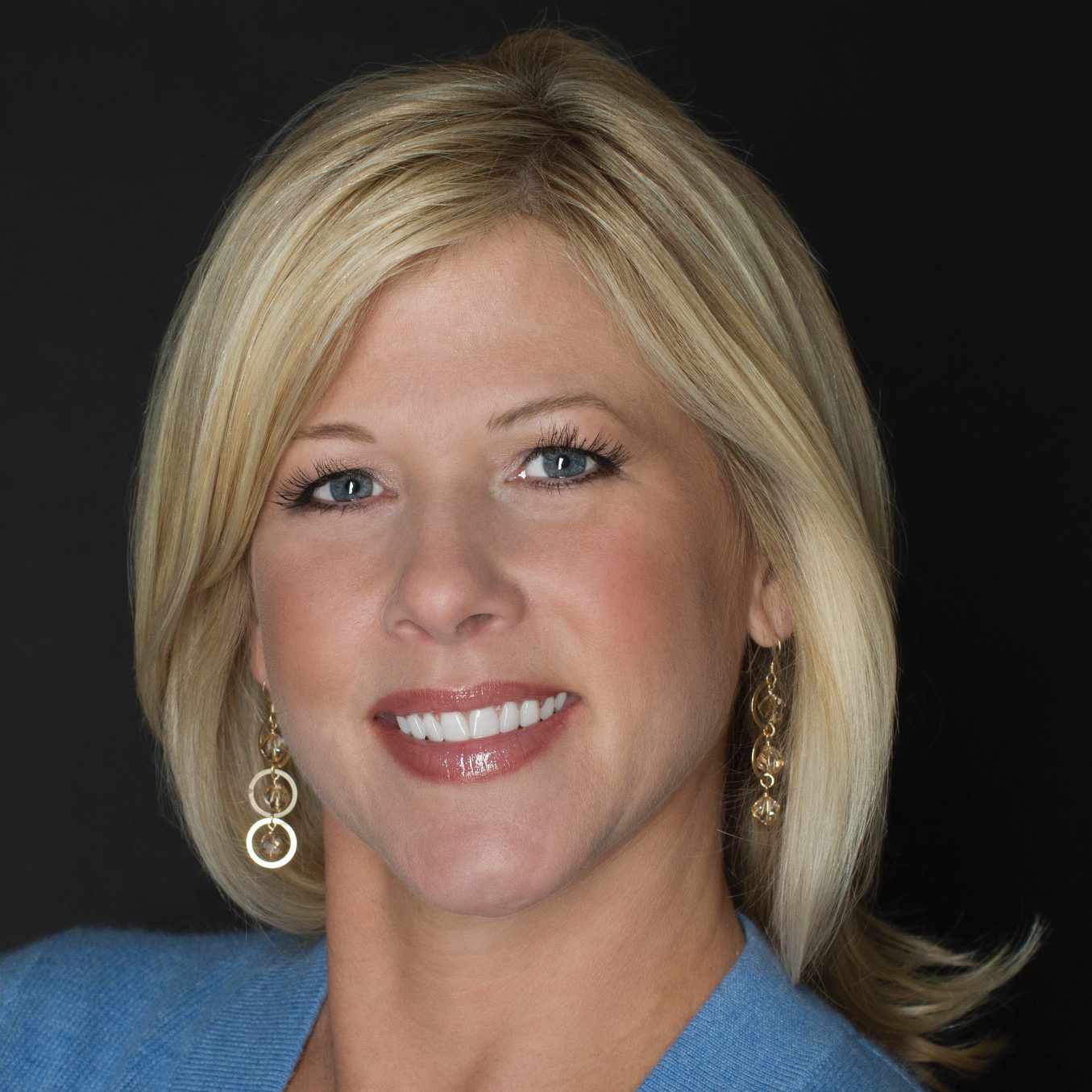 Lynda Martin is a five-time Emmy nominated Television News Anchor and Broadcaster with 30+ years of a media background. Amongst others, she worked with XETV San Diego 6, KSWB Channel 5, and as a Radio News Anchor on KOGO AM 600. With her team, she won the Edward R. Murrow Team Award for outstanding achievements in electronic journalism. Lynda has covered national and local breaking news events. She has interviewed politicians and celebrities ranging from Senator Edward Kennedy, Newt Gingrich, and Academy Award Winners Marisa Tomei and Richard Dreyfuss. Besides her work as a news journalist, Lynda provides Media Coaching and Interview Training where clients can benefit from her vast experience in the industry. Lynda was born in London and moved throughout the United States. Currently, she resides in Houston, Texas. 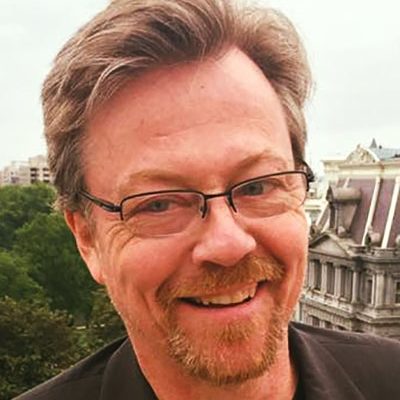 With three Emmy awards and nearly four decades of top-level video production under his belt, Steve Houk has been both a producer/director and Vice-President of Marketing and Promotion at a number of Washington DC’s top TV stations, as well as a respected music writer and local musician for close to 20 years and currently as host/producer of his own online music interview show, “Living On Music.” Steve has produced well over 1000 television and radio projects of all different types, winning awards both locally and nationally. 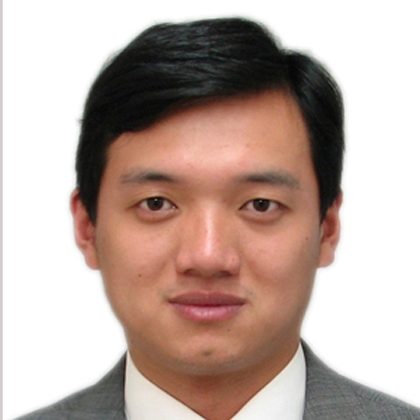 James Zhang has 20 years of journalistic experience (TV and print) in China and Singapore. As a passionate bilingual media professional, he worked as a reporter and editor in Shanghai Daily for 11 years, covering governments, environmental protection, old house conservation, and science and technology, amongst other beats. He also worked as a TV Journalist and news producer at International Channel Shanghai for over four years. After moving to Singapore in 2016, he became a TV Journalism lecturer at The University of Newcastle, Singapore. He also worked for Fortune Times and other Singapore-based media companies. 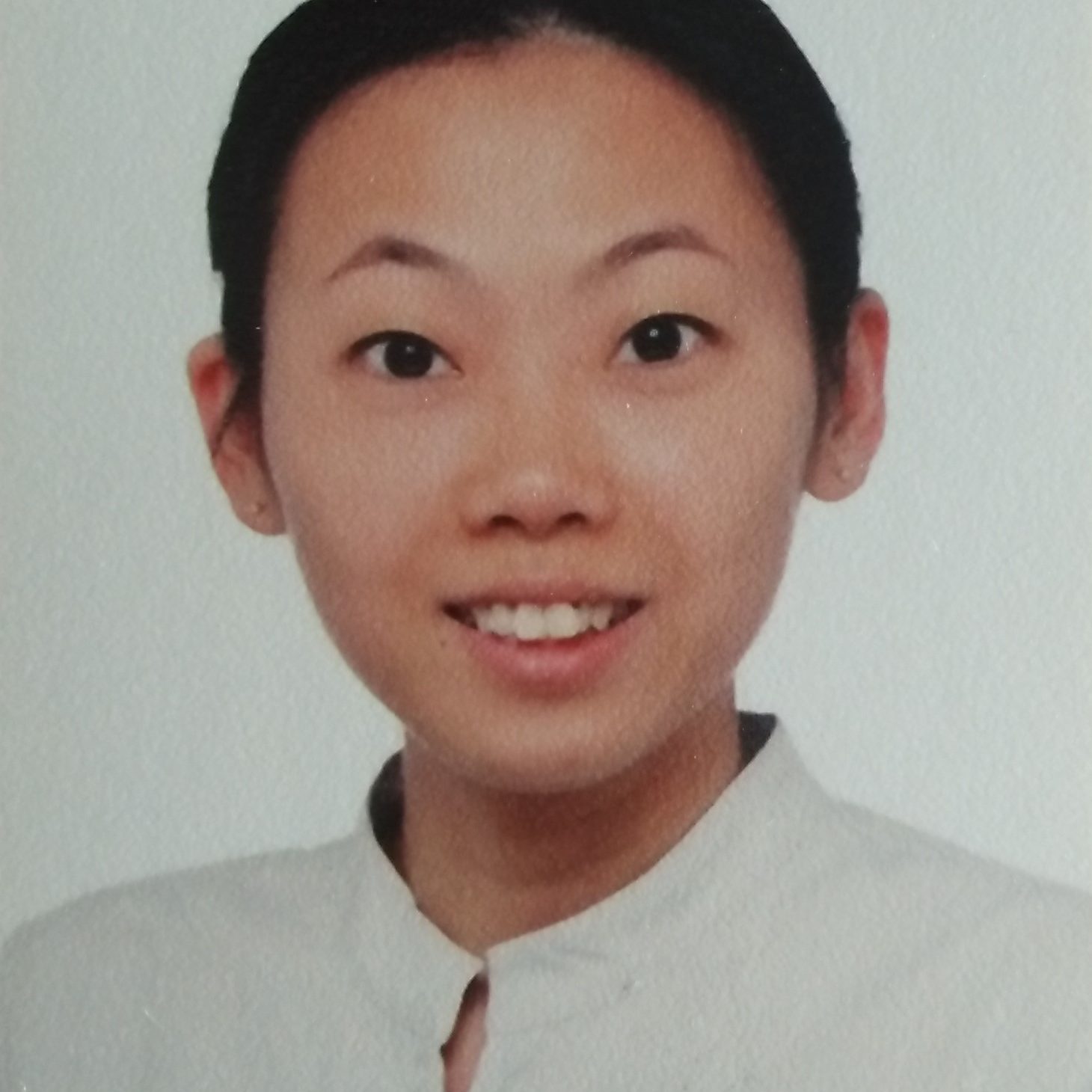 A journalist with over a decades’ experience in news journalism. Amongst others, producer for Singapore’s national public broadcaster Mediacorp. YT won several awards honoring her outstanding work for major events, including the 2018 Malaysian general election, 2012 Taiwanese presidential election, and 2011 Thai general election. She also worked for PR Newswire and The China AIDS Media Project CAMP and was based in Beijing for two years. 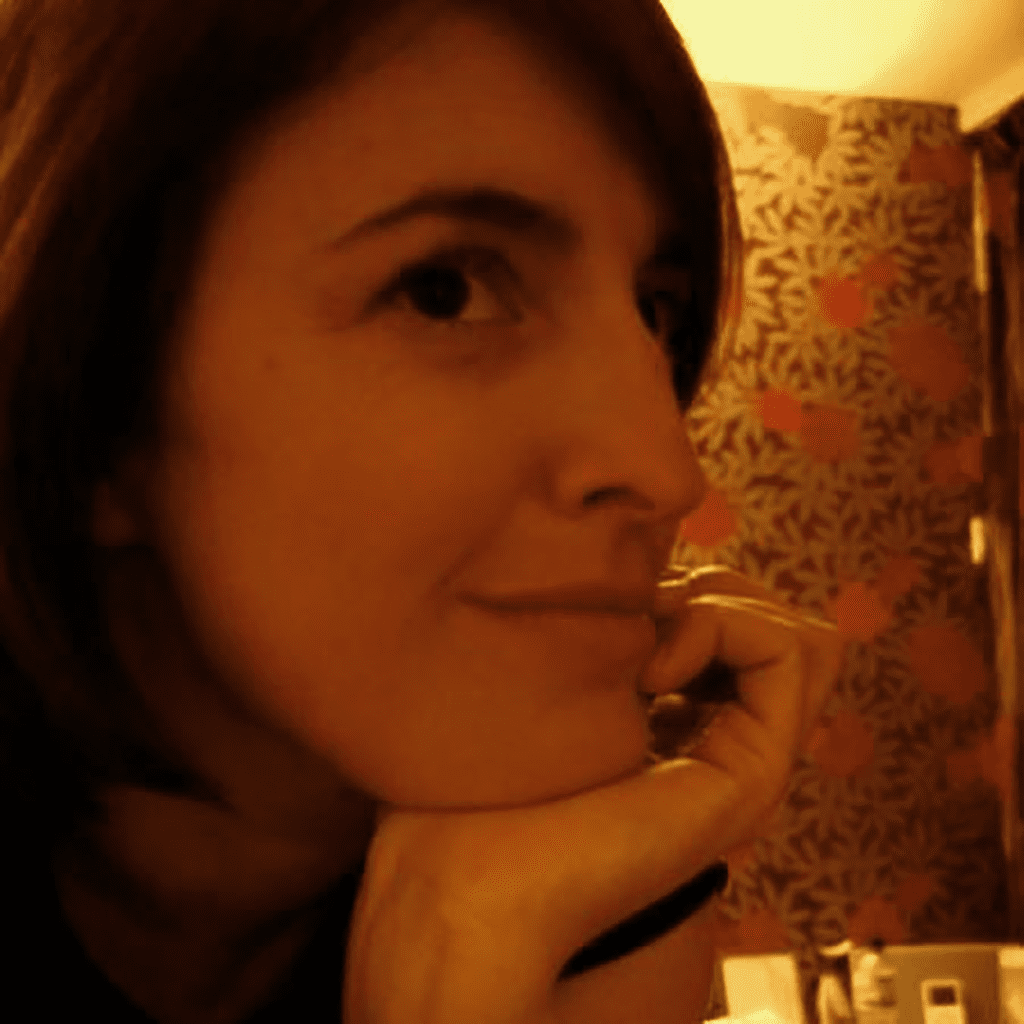 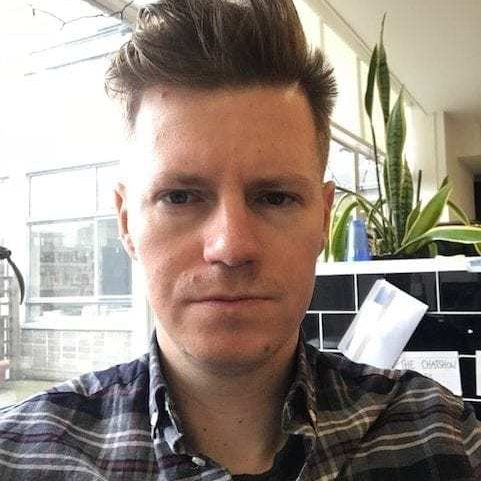 Deputy Head of Development – Fact Ent and Events at BBC Studios. Previously Producer and Development Producer for UKTV, BBC, and ITV. Strengthened UKTV’s online presence, by developing, producing, and strategically growing its YouTube platform, primary contact for all program proposals. Producer at The One Show, Dragons’ Den, and for BBC’s Diamond Jubilee coverage. 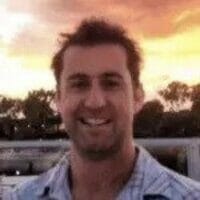 Sam is a Producer / Director with over 20 years of experience in the sports broadcasting industry. He covered major sports events such as FIFA World Cups, UEFA European Football Championships and the Olympics. Broadcast clients include the BBC, IMG, Channel 5, and UEFA as well as Premier League Productions HBS, OBS, and Pitch International.

We are looking for producers

Join our team
We are hiring!

Safety first | We take the safety of all LiveTubers seriously. If in doubt, we ask them to stop filming, to get to a safe place, and if needed to help others first. See dedicated Guidelines for LiveTubers.

LiveTube is about showing the world what’s going on. We describe pictures and what is happening but we don’t comment or express opinions. We add additional comments or information only when we receive it from trusted sources and after our own additional internal checks. For this reason, LiveTube comes without any chat or commenting functions for the audience in order to control the messaging and to prevent any fake news, hate, or racist content. All descriptions come from the LiveTube newsroom team.

We check every piece of content before we start a live broadcast and monitor the content until it is finished. We even delay our live streams by 30 seconds so that our producers can intervene whenever needed.

All LiveTube content needs to follow the strict LiveTube Rules. Every user must register and verify both email-address and their mobile number. In order to GO LIVE as a reporter, users have to provide their real-time location data.

We decline many more stories than we broadcast. To ensure the highest standard of quality all of our producers are professional journalists.

We are happy to hear from you. Visit our dedicated contact page where you find information about our offices in Europe, the US, and Asia as well as several other ways to get in touch with us.

Frequently Asked Questions including information on Payments; How we choose; What makes a good LiveTube; What are the rules, Tips for Live Reporters and more.

Visit the Live Forum. Here you can get in touch with our producers, and discuss everything about live storytelling and mobile journalism with the LiveTube community.

Manage Cookie Consent
To provide the best experiences, we use technologies like cookies to store and/or access device information. Consenting to these technologies will allow us to process data such as browsing behavior or unique IDs on this site. Not consenting or withdrawing consent, may adversely affect certain features and functions.
Manage options Manage third parties Manage vendors Read more about these purposes
View preferences
{title} {title} {title}

Change your language or just close the window