Fulham relegated from Premier League after defeat by Burnley 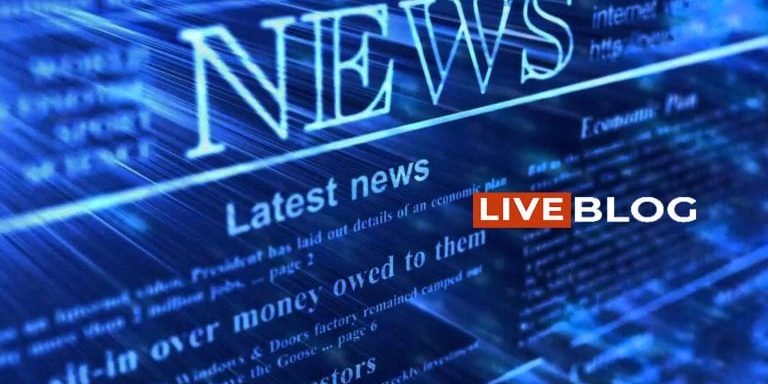 All the relegation spots have now been confirmed, with the Cottagers joining Sheffield United and West Bromwich Albion as the three clubs to drop into the Championship.

The damage was done before the break as Burnley struck twice in the final 10 minutes of the first half at Craven Cottage.

First the Clarets hit their hosts on the counter-attack as Matej Vydra showed neat footwork before picking out Ashley Westwood to roll the ball into an empty net.

Chris Wood then lashed in a second from the edge of the area to score his 50th goal for Burnley and consign Fulham to the drop.

It leaves Scott Parker’s side 10 points from safety with three games remaining and heading back to the Championship at the first time of asking.

Burnley, who will play Premier League football for the sixth successive season, climb to 14th in the table.

Cottagers head straight back down

Fulham still have three games to play as a Premier League team but the Cottagers will already have to start thinking about how they plot a return to the top flight of English football.

In Parker they have a manager who has already achieved the feat, guiding his side to promotion via the play-offs last season after they were relegated the previous year.

The problem for Parker and Fulham is that some of his top performers this season, those that would certainly stand out in the Championship, are only at the club on loan.

In fact, four loan players started against Burnley, with another two coming off the bench.

Ademola Lookman was one and the former Everton winger looked the most likely to make something happen for the hosts while another, goalkeeper Alphonse Areola, made several fine saves before Burnley’s opener.

Parker has been praised for his side’s style of play and, of the three sides to go down, the Cottagers may feel the most unfortunate after a number of narrow defeats and impressive victories away at Liverpool, Everton and Leicester City.

But they have lacked both consistency and especially a serious goal threat, scoring just 25 times in 35 games – with only Sheffield United hitting the target fewer times this season.

Parker sought to fix that on Monday by turning to Aleksandar Mitrovic – who scored 26 goals in Fulham’s promotion campaign – but the forward was unable to add to his three goals this season in what was only his fifth league start since the turn of the year.

The hosts did show fight in the second half and Andre-Frank Zambo Anguissa was unfortunate to see his effort bounce on the goalline and away after rattling the crossbar.

But Parker’s side were unable to break down Burnley as they drew another blank, having scored just nine times at home in the league this season.

Having clawed their way back to a position where they were level with 17th-placed Brighton after that win at Anfield, Fulham’s relegation comes after taking just one point in the seven games since then.

Every season spent in the top flight is an achievement for Burnley given they always have one of the league’s lowest budgets and the club can now look forward to their sixth successive campaign among the biggest names in English football.

This was Dyche’s 350th league game in charge of the Clarets and the fact he has spent the majority of those in the highest division is testament to his ability to extract the best from his players despite operating on a lower budget than clubs his side finishes above.

But, after a 10th-placed finish last term, the 49-year-old will be relieved his side are no longer in the relegation conversation this campaign.

The visitors did well to fend off a lively Fulham start, with James Tarkowski making a goal-saving tackle on Lookman, before imposing themselves on the game.

Burnley’s goal had been coming and Wood was denied twice in quick succession. First, his header was deflected agonisingly wide by Tosin Adarabioyo before Areola made an excellent save from the New Zealand forward at the subsequent corner.

Moments later, a direct ball behind the Fulham defence found Vydra and he skipped beyond Joachim Andersen before picking out Westwood for a simple finish with Areola stranded, before Wood fired a second beyond the on-loan Paris St-Germain goalkeeper.

With Ben Mee, who was making his 350th appearance for the club, alongside Tarkowski in central defence the Clarets then stood firm as Fulham applied some pressure in the second half looking to keep their survival hopes alive.

🔴 Are you on the scene or can you provide more information? Do you want to report the news?
Send us a live stream and get paid.

✅ More info:
How to become a paid reporter

Australia news live: PM condemns Virgin boss’s ‘insensitive’ comments that border should open even if it results in deaths
10/05/2021 9:45 pm