Tens of thousands of people in Brazil staged another day of protest against President Jair Bolsonaro, in particular for his chaotic handling of the pandemic, which has claimed nearly 460,000 lives here.
*** With material from Channel News Asia. 👉 Read More***
———————-
🔴 On the scene? More info?
Send us your news report. GO LIVE and get paid.
✅ How to become a paid reporter 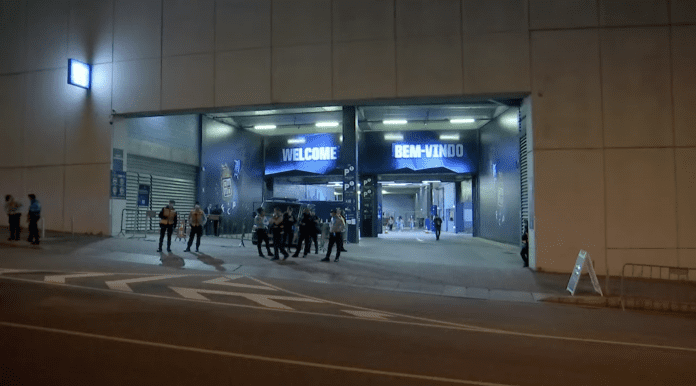 That 1-0 loss left them facing the real prospect of crashing out of a second successive major tournament at the group stage, a threat that only intensified when they fell behind to Portugal on Saturday.

But the Germans hit back in style to hit four goals past the defending champions and put their route to the last 16 back in their own hands.

They face Hungary on Wednesday, while Portugal are left needing something against France – with all teams having everything to play for in a thrilling finale.

‘We are allowed to feel euphoria’

Manager Joachim Low led Germany to World Cup success in 2014 but a group-stage exit four years later, the removal of senior players and some stuttering form since has led to question marks.

Forward Thomas Muller was one of the older players discarded by Low in 2019 before being recalled for the tournament, and was delighted with their revival against Portugal.

“We are allowed to feel a little euphoria,” the 31-year-old said. “It’s just fun playing in this atmosphere. The cauldron is boiling.

“Now we have the three points, we are well in the tournament and have it in our own hands. We mustn’t get carried away and become arrogant, but we must believe in our quality.”

Low, who is leaving his post after 15 years this summer, added: “We spoke about a few things in the past few days. We were still looking for balance after the France match and knew that we had to add a gear to create more chances.

“We fought brilliantly and showed great morale. We had a lot of good attacks against a really strong opponent.”

‘You can never write Germany off’

“Germany are alive and kicking,” said commentator Ian Dennis on BBC Radio 5 Live, “They came into this game under real pressure. The talk was about their earliest exit [at the Euros] in 20 years, they fell behind – but they have responded so well.”

“Low has so much experience. He knows what he is doing,” he said. “There are always knee-jerk reactions – he will be well aware of all that. He knows the players better than anyone.

“Germany turned this game into a European classic. That was an immense game of football. You have to admire their mentality despite all the pressure. Energy and quality has restored my faith in the Germans because I did back them to win it.

“All of a sudden the psychology changes – they go from also-rans to one of the favourites to win the tournament. Germany will be very confident, they were mesmerising. Kids will remember this game in 20 to 30 years.”

Former Scotland midfielder Graeme Souness said Germany will not have been affected by the pre-match criticism, adding on ITV: “In football terms, you can’t write the Germans out of anything. When the pressure is on they seem to deliver and they delivered today.

“They always have special players. They are a danger and whoever they play they will know they are in a game. These are fabulous footballers doing it at full speed but they make it look simple.”

Former England defender Gary Neville added that Germany produced a performance under the pressure of what felt like an “elimination game”.

‘Portugal have been left with a cup final’

Germany’s victory over Portugal and France’s draw with Hungary earlier on Saturday has set up a thrilling finale on Wednesday.

France top the group on four points and that would likely be enough to see them through in third place even if they lose, but Germany and Portugal both have three points and will need at least a draw on the final day to stand any chance of progressing.

Hungary need to win and hope four points is enough to see them through as one of the best third-placed finishers.

Portugal’s meeting with France will feel like a “cup final”, said Lennon, while former Leicester City defender Christian Fuchs added on BBC Radio 5 Live: “Portugal got out of group in 2016 without a single win. They are the ultimate tournament team – they can deal with pressure better than anyone.

“They will get out, build momentum and they will go very far.”

Portugal midfielder Joao Moutinho said afterwards that Germany “have a great team, many good players who played between the lines” and boss Fernando Santos agreed they were deserved winners.

“We will have to look at this game and now what we have to do is clear our heads as we have a very important game against France,” he added.

Democrats demonstrated unity in the US senate as the West Virginia senator Joe Manchin said he would vote in favor of advancing voting rights legislation known as the For the People act to the debate stage.

The Republican Senate minority leader, Mitch McConnell, denied any voter suppression was happening despite around 400 bills introduced in more than 43 states which could restrict the right to vote. The legislation would remove hurdles to voting.

In the evenly split Senate, Republican votes mean the bill will not garner the necessary 60 votes to advance.

Singapore exports rise at faster pace of 15.9% in June

SINGAPORE: Singapore’s non-oil domestic exports (NODX) rose at a faster pace of 15.9 per cent in June, boosted by an increase in non-electronic shipments such as specialised machinery and petrochemicals, according to official data released on Friday (Jul 16).
This marks a third straight month of …
*** With material from Channel News Asia. 👉 Read More***
———————-
🔴 On the scene? More info?
Send us your news report. GO LIVE and get paid.
✅ How to become a paid reporter

Watch NOW: Breaking News: COVID-19 self-isolation exemption list expands
(Send us your story. Go LIVE from the LiveTube App and get paid.)
Click the link to open the stream.

Source: SkyNews via feed
———————-
🔴 On the scene? More info?
Send us your news report. GO LIVE and get paid.
✅ How to become a paid reporter

Watch NOW: [#item_custom_media:title]
(Send us your story. Go LIVE from the LiveTube App and get paid.)
Click the link to open the stream.
https://www.youtube.com/watch?v=[#item_custom_yt:videoId]
Source: SkyNews via feed
———————-
🔴 On the scene? More info?
Send us your news report. GO LIVE and get paid.
✅ How to become a paid reporter