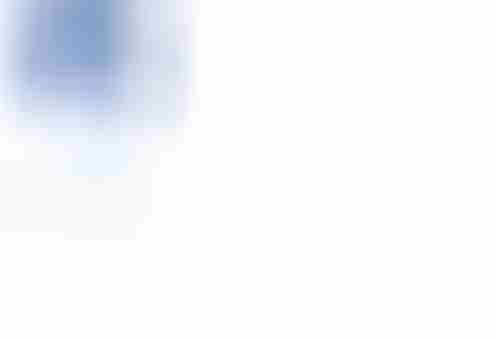 The first thing to remember with LiveTube is that we need landscape orientation so make sure your  camera is on its side, not upright.

When you are sending footage make sure you send us a description of what you are filming, make sure we can understand the urgency and relevance of your story and try and let us know what’s happening.

We need to have a thumbnail shot at the start of your film which will be used as a visual pointer for subscribers so you need to send an image that tells us what you are seeing Live.  We do not allow pictures from phones for this purpose.

Think about the composition of your framing, practice and watch other people’s films to learn what does and doesn’t work.

Try and have a beginning, middle and an end to your film.  We have the ability to stop the filming if we feel the story has naturally come to an end but, it’s great if you’ve thought about how the film will finish.

It’s best not to zoom in or out whilst filming as this will distort the pictures really badly and so please keep all shots the same size and, instead, move yourself to get closer to or further away from the action or use pans (sideways) or tilts (up and down) to create movement.

Try to keep the filming as smooth as possible with as little camera “wobble” to make sure everything is nicely in focus.

Your footage will be shown live with no editing so it needs to be a continuous feed with no cuts included.

Don’t feel you have to make quick or sudden moves, smooth shots are best.

Try and use different sized shots rather than stay on one shot for a long time.

Eye Level shots give immediate connection to the subject and can be very powerful as if the person is speaking directly to the viewer.

Very wide shots or filming a subject from a long way away doesn’t work very well on small screens as the detail can get lost.

The quality of both picture and sound are equally important so make sure you don’t cover the microphone whilst you’re filming.

In general Live Tube is not about commentary as the pictures are enough to tell the story and we’ll be adding subtitles so don’t ruin the footage by talking all over it.

We may send you a note asking you to add commentary.  If this is the case make sure you speak clearly and at a good volume.

Think about background noise that may clash with the sound you’re trying to capture.  If you’re trying to record voices around loud traffic, running water or whilst announcements are being made over a loud speaker it usually means those noises will be louder and any voices will be lost.

If you are filming a lot of interviews or the interview forms the main part of your film it may be worth using a separate microphone.

Make sure there’s enough light whilst you’re filming and use flash if needed.  If we can’t see the pictures clearly then we may not be able to approve your story.

Try to avoid moving from very dark to very light locations, your camera will eventually adjust automatically but extremes of light will cause delays in this process.

Get to know your camera settings especially the white balance.  This will really help with filming in different lighting conditions such as under fluorescent light which can give your pictures a lovely shade of green.

If you are interviewing someone make sure you don’t talk over the top of them.

If you ask them a question make sure it’s something that they can’t reply with either “yes” or “no”.

The idea is to get them to talk so also make sure you don’t make your questions too long and don’t include the answer in your question.

If you are filming a sit-down interview then don’t put your subject in the centre of the frame but either slightly left or right.  Some smartphone cameras have a function to help with composition.

If you’re filming in an environment with items that may have copyright attached to them, such as paintings, sculptures or other artworks in museums, then please make sure you have permission to film them before sending the footage.

This also goes for filming of performances, concerts or shows as the performing artists usually have contracts in place to prevent filming.

We will monitor any incoming material BUT it is your responsibility to ensure that any permissions required are in place before sending footage.

If you have to move quickly whilst filming, then make sure you’re aware of the ground around you, there may be loose stones or other obstacles which could trip you up.

Make sure you’re aware of other people around you, too, and make sure your valuables are safely hidden or stored.  It’s very easy for pickpockets to strike whilst you are distracted with your filming.

You should obtain permission to film before you start but if you come up against people objecting to your filming, it’s best to stop.

Make sure someone else knows where you are and what you’re doing,, even if it’s just a friend.

If you’re planning to use a drone for your footage, then make sure you’re aware of any safety issues regarding maximum height to avoid flight path clashes and closeness to groups of people to avoid endangering their safety too.

What to do in an emergency

You should never put yourself in a place where your life may be in danger but, if you find yourself in the middle of an existing event make sure you are as safe as possible.  If in doubt, stop filming and get to a safe place.

We will be watching to make sure that nothing goes out on LiveTube that is offensive or illegal and will cut the picture whenever we see anything but you are our eyes on the ground so you must be aware of your surroundings to keep yourself safe.

What’s not OK to film

A general rule is that you should put yourself in the place of the person you’re filming.  Would you want someone to come and film you whilst you are in pain or suffering?  Ask yourself, “is filming this the right thing to do”?

You are under obligation to help if you see someone in danger and there is no one else to help! Make sure you are not filming instead of trying to help. Our producers will also instruct you accordingly. Please follow their guidance if in doubt!

It may be that exposing suffering is the point of your story but, if this is the case, do try to be selective and compassionate in your choice of shots and don’t focus on one person but try to be more general in your coverage.

Human death is not considered appropriate for filming so please don’t ever film this.

If you’re filming an accident then please make sure you are not in the way of the emergency services and do not hamper their access at all.

Never cross Police boundary lines in an incident or accident.

Never dictate the action to anyone –  you are there to cover existing events NOT to create events in order to film them.

Make yourself familiar with the General LiveTube Rules
You might also be interested in why your LiveTube has not been chosen by our producers.

To provide the best experiences, LiveTube uses technologies like cookies to store and/or access device information. Consenting to these technologies will allow us to process data such as browsing behavior or unique IDs on this site. Not consenting or withdrawing consent, may adversely affect certain features and functions.